Central Sensitivity Syndrome or Central Sensitization Syndrome (CSS) is a comorbid syndrome marked by “central sensitization" in which holds overlapping features that can cause significant disability. Such over lapping conditions are Fibromyalgia, Myofascial Pain, and Chronic Fatigue Syndrome. The biophysiologic mechanisms of these conditions are multifactorial; neuroendocrine abnormalities with central sensitization, however, seem most important. Though psychological distress is present in these patients, keep in mind this is not a psychiatric illness. Management is mostly supportive and includes patient education, psychological support, behavioral modification, physical exercise, and various serotonergic and noradrenergic medications. Like Chronic Fatigue Syndrome and Fibromyalgia, there is a higher preponderance of females with this condition than men. Accumulated recent data support the hypothesis that all these disorders share a common biophysiologic mechanism of neurohormonal dysregulation caused by perhaps neuroendocrine or adrenaline. It seems the most important neurologic aberrations comprise central sensitization, which involve molecular, chemical, and functional changes in the central nervous system, resulting in an amplification and spread of pain, and intensification of other sensations. The concept that several of these related conditions should be grouped under the unified heading of “Central Sensitivity Syndrome” was first presented by Dr. Muhammad Yunus, rheumatologist, professor of Medicine at the University of Illinois College of Medicine at Peoria, and pioneer in fibromyalgia research. Dr. Yunus discovered that many of these conditions (e.g., fibromyalgia, myofascial pain syndrome, irritable bowel syndrome, chronic fatigue syndrome, headaches and restless legs syndrome) shared several characteristics, including pain, poor sleep, fatigue, extreme sensitivity to stimuli, and an absence of abnormal tissue structure. The connecting thread for these conditions appears to be central sensitization, which simply means that the central nervous system has an exaggerated response to stimuli.

Chronic Fatigue Syndrome (CFS) is a debilitating central sensitivity syndrome and convoluted disorder characterized by profound fatigue that may lead to intensification via biochemical irregularities such as stress, and trauma. These chronic conditions, like Fibromyalgia and Chronic Fatigue Syndrome, have a life span of at least six months and cannot alleviate the survivor by rest alone. In many instances this syndrome can extend for years even encompass an entire lifetime. At this rate it severely deprives one’s life and renders them inept to function mentally and physically in society. People with Chronic Fatigue Syndrome experience flu-like exhaustion, weakness, and malaise along with other symptoms. It’s not like fatigue after strenuous work. It is better defined as more like a constant flu that forces patients to spend a lot of time in bed. Though with Chronic Fatigue Syndrome and Fibromyalgia resorting to being bedridden can worsen the syndrome and all its symptomatic constituents. Patients may frequently describe various non-specified symptoms, helplessness, sharp shooting pains, anxiousness, insomnia, sleep apnea, restless leg syndrome, and post-exertional fatigue lasting more than 24 hours. Some people with Chronic Fatigue Syndrome have symptoms that are always present but vary in intensity. Others alternate between illness and well-being, and recurrences may be either at random or in cycles. Symptoms generally worsen after minimal activity or exercise. Physicians have seen Chronic Fatigue Syndrome in people of all ages, races, and socioeconomic classes from countries around the world. Most reported cases, however, have occurred in children, young to middle aged adults, and with females diagnosed more frequently than males.

Fibromyalgia Syndrome (FMS) ( M79.7) is a chronic pain central sensitivity syndrome, which is characterized by its constellation of musculoskeletal aches, pain and stiffness, soft tissue tenderness, general fatigue, sleep disturbances, and central sensitization. The most common sites of pain include the neck, back, shoulders, pelvic girdle and hands, but any body part can be implicated. Fibromyalgia patients confront an array of symptoms of varying intensities that are fluxional over time such as; morning stiffness, headaches, irritable bowel syndrome, anxiety, cognitive disorders such as concentration, memory problems, attention deficit disorder, and anxiety. Scientists estimate that fibromyalgia affects 5 million Americans 18 or older. Between 80 and 90 percent of people diagnosed with fibromyalgia are women. However, men and children also can have the disorder. Because of its debilitating nature, Fibromyalgia has a serious impact on patients' family, friends, and employers, as well as society itself. The cause of Fibromyalgia and central sensitization is still unknown and researchers persist to find better treatments and a plausible cure.

Multiple Chemical Sensitivity (MCS) is a central sensitivity syndrome and medical condition characterized by a heightened sensitivity to chemicals. People who have Multiple Chemical Sensitivity become ill when exposed to a variety of chemicals, many of which are commonly encountered in everyday life. Some people have only mild chemical sensitivities, while others have a more severe form of the illness called Multiple Chemical Sensitivity. Substances that frequently cause symptoms in chemically sensitive people include pesticides, perfume/cologne and other scented products, fresh paint, new carpets, many building materials, solvents, fresh ink, smoke, vehicle exhaust, industrial fumes, and many cleaning products. Other scented products include air “fresheners,” fragrance-emitting devices, fabric softener, potpourri, incense, essential oils, and most soaps, shampoos, hair products, skin lotions, and laundry detergents. Symptoms can occur after inhaling, touching, or ingesting these or other substances. Reactions to scented products can occur even in people who cannot smell them. Because people with Multiple Chemical Sensitivity react to chemicals at levels that ordinarily do not affect others, chemical sensitivity is similar to an allergy, but the symptoms and mechanism are not the same as those of traditional allergies to pollen, animals, and dust. Many of the above substances can make anyone sick at high concentrations, but chemically sensitive people can be harmed by exposures to even minute amounts. It is not uncommon for people with MCS to also have Chronic Fatigue Syndrome (CFS) and Fibromyalgia Syndrome (FMS) and others types of central sensitization syndromes. It is not yet known whether these are separate diseases or whether they represent different manifestations of a common underlying problem.

I’ve been on Flexeril/Cyclobenzaprine for nearly 20 years. It’s the only muscle relaxer that has ever worked for me, and I have tried seemingly everything; prescription, and supplements/herbs. Without it, all my muscles are so tight I can bearly move, the spasms are frequent, and one subtle wrong move and…

It was getting so bad. I felt like mind mind was slowly disappearing more everyday. I was so easily jumbled and confused on a regular basis that I was looking into assisted living. I just didn’t feel safe and competent anymore. I couldn’t see images in my head anymore, if…

I have tried a fair amount of topical pain relieving substances over the years, both prescription and non-prescription. These are of course only for localized pain, which for me, is typically due to a flare up where 1-3 locations are far more painful than the rest and oral medications just…

People with high phosphorus levels in their diet can experience a great deal of itching. This seems to be somewhat common with those with central sensitivity, and is either an electrolyte sensitivity, a result of diet alone, or the result of a genetic issue.  You can try cutting out high…

Since as long as I can remember, milk has been my enemy. At first it was just bloating, which in a skinny little rail of a child looked rather odd. However, by age 9 I was having severely distressing irritable bowel attacks. Whether I was screaming and moaning at home… 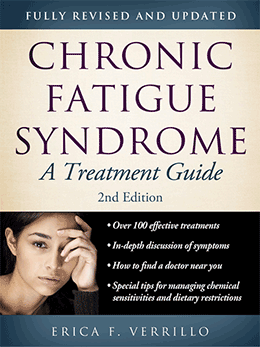 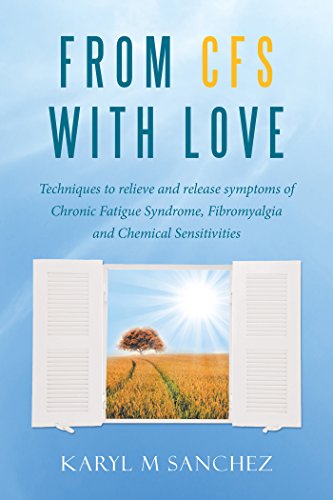