My Medication and Supplement History 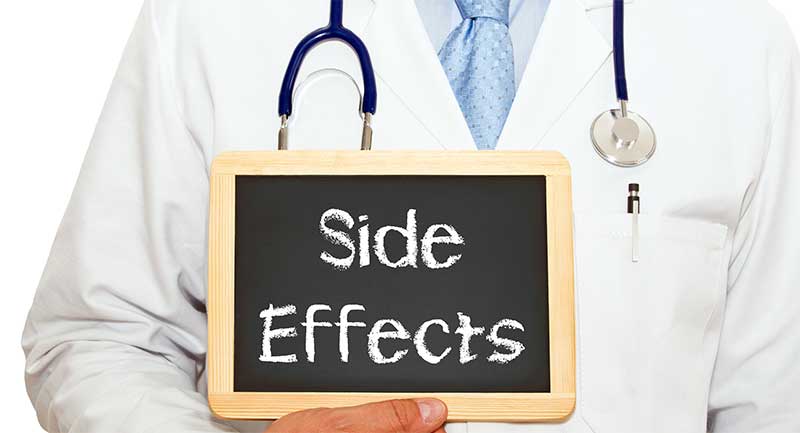 My Medication and Supplement History

On November 3, 2016, Posted by CSS Survivor , In Uncategorized, By medication,side effects,supplements , With No Comments

I decided to write this post for my new Neurologist and other specialists who aren’t quite sure what to try medication and supplement wise, and for medical researchers trying to better understand the biochemical complications of treating Central Sensitization in severe cases.  Below I will list prescription medications, OTC medications, supplements, and foods that have had a negative effect on me, and what those symptoms were and why. In some cases I cannot recall the exact dosage or symptoms, but in most cases unless otherwise specified, the dose was the standard starting dose or standard recommended supplement dose. So, considering my very low tolerance for medication, some side-effects may be the result of too high of a dose rather than the medication or supplement itself.

Any chemical compound that increases norepinephrine (e.g. SNRI’s) can result in:

This is at very low dosages such as Effexor at only 6.5mg. At the normal starting dose side effects can include:

Increases in serotonin at very low dosages result in:

At normal starting dosages, SSRI’s can result in:

Increases in dopamine can increase brain fog at very low dosages with standard dosages resulting in:

Prescription Drugs I have Tried

I was initially started on prescription medications for ADHD, and those resulted in new symptoms/side effects, and they continued to add more drugs to treat the side effects instead of taking me off the medications. It wasn’t long before I was having psychotic episodes due to the medications because the side effects were so severe. Then, they put me on anti-psychotics which landed me institutionalized. One month later my Chronic Pain Specialist took me off all my medications and within 6 months, most of the side effects were gone and I was a completely different person (still disabled), but living healthy, strong, and independently.

Basically, I was severely high on drugs stating at age 7. I never had a chance. It got so bad my mother signed me over to the state because she couldn’t deal with it anymore and was terrified of me. Then the state signed me back over to my mother because they couldn’t deal with me anymore and were terrified of me. And then I spent 3 years living on and off the streets ages 16-19 because I was terrified of me. At this point I was a full-fledged alcoholic, drug addict, and smoke 3 packs a day to cope with my life and a total and permanent disability with no treatment and sleeping on rooftops, in abandoned buildings, and in alleyways until the layers of PTSD mounted and I sought treatment again; only to be let down and over medicated once again.

Flexeril/Cyclobenzaprine (Still on it), Skelaxin/Mexalone, Zanaflex/Tizanadine – These drugs tend to make me too tired in that they increase my chronic exhaustion during the day when taken at night. There has also been occurrences of muscle-relaxer-induced sleep apnea on higher dosages.

Naproxen (Still on – take as needed), Ibuprofen (still on- take as needed), Asprin, Vicoden, Oxycodone, Morphine, – I would like to point out that I am allergic to codeine and codeine derivatives (hives) – but desperate is desperate. Pain medications do not touch my pain, rather they make the pain worse over time or immediately, namely severely increased myalgia. Morphine leads to vertigo, which leads to vomiting every time.

While this is a long list, it’s not exhaustive. I’m sure I’m missing a few.

Supplements – That either did nothing, adverse effects, or OK

Again, not an exhaustive list, but you get the picture.

The same goes for large quantities of food e.g. high in potassium, calcium, tyrosine, etc. (banana splits are evil), which makes meal planning a huge challenge. I always feel worse after eating, and due to my highly addictive personality due to big pharma and ADHD, I have a food addiction now to replace the alcohol, drugs, and nicotine, so not over eating – not a thing. I’m ALWAYS hungry, and I always want sweets, even though they cause me more pain than relief in the long run – bu it’s a quick fix. But, while my highly logical mind can fight this urge during my more lucid times of the day, once the full level of mental and emotional exhaustion kicks in and I loose emotional control and logical reasoning, well… I once spent $80 on junk food at a gas station in 1 month.

At this point, I don’t think medications or supplements can help.

My sensory “volume” is turned to high. I have a very narrow window for homeostasis – I’m almost drowning in sensory information, and medications and supplements only seem to rock the boat, not patch the hole.

Medications and supplements for the most part have only really shown to make things substantially worse. Maybe in the future adjusting or deleting genes may be an option, because that’s really the only thing that I think will genuinely REALLY work once we have a better understanding. It is most likely a genetic mutation that resulted in my condition after all.