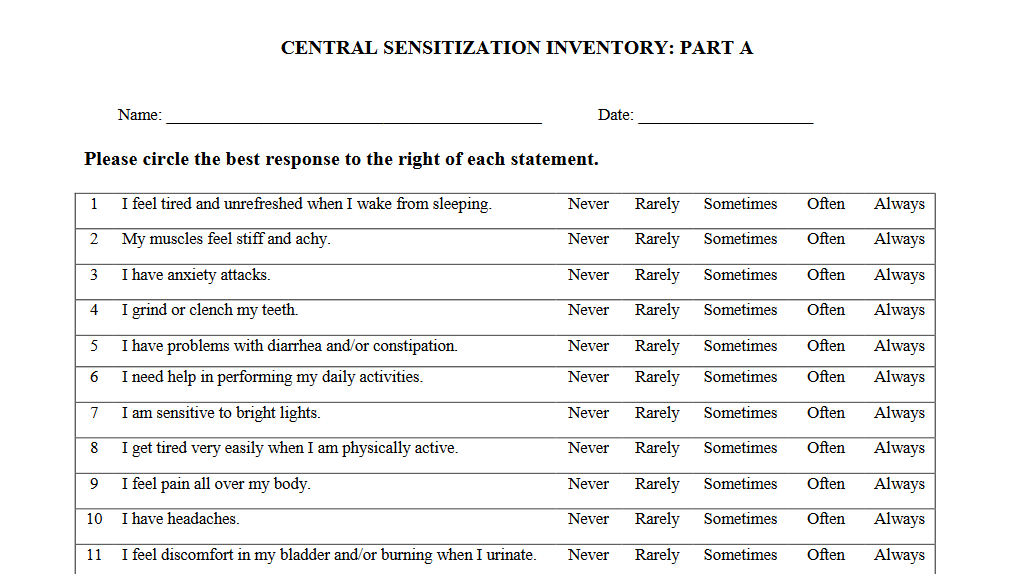 On May 30, 2016, Posted by CSS Survivor , In Uncategorized, By central sensitization inventory,Clinical,Research , With No Comments

The Central Sensitization Inventory (CSI) was developed to assess the overlapping health-related symptom dimensions of CS/CSSs. Part A has 25 items scored from 0 to 4. Total scores range from 0-100. Part B (which is not scored) asks if one has previously been diagnosed with one or more specific disorders, including seven separate CSSs and three CSS-related disorders. The CSI is now available in English, Mexican/Central American Spanish, European Spanish, Dutch, Japanese, French, and Guajarati.